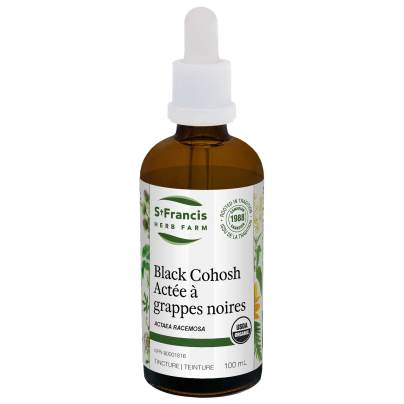 Noted for its strong antirheumatic, nervine, and hormone-balancing properties, black cohosh has had a long and distinguished history of use in traditional Western medicine. It is especially effective for treating women’s post-menopausal complaints, including depression, hot flashes and arthritis.

Some herbal authors refer to this plant as the “herbal chiropractor” because of its notable pain-relieving properties, especially in the back. Although traditionally used for rheumatic conditions generally and especially during the menopause, Matthew Wood explains that black cohosh is specific for rheumatic pains affecting the muscles.  North American native Cherokee and Iroquois tribes used this plant extensively for rheumatic conditions.  Eclectic physicians of the 19th century. say the following: “Few of our remedies have acquired as great a reputation in the treatment of rheumatism and neuralgia.  Indeed, few cases of rheumatism, or conditions depending upon a rheumatic basis, will present, which will not be influenced for the better by [black cohosh]. All cases characterized by that kind of pain known as ‘rheumatic’ yield readily to it.

They add that black cohosh “plays a very important part in the therapeutics of gynaecology”. They extol the herb for treating painful menstrual periods: “In dysmenorrhoea it is surpassed by no other drug…” As well, they commend the root as a preparation for childbirth, given for several weeks before the due date.

Black Cohosh is traditionally used for treating depression associated with the menstrual cycle or menopause.

Modern research confirms the herb’s traditional use. Two high-quality clinical trials were conducted with black cohosh in Europe, to determine efficacy for menopausal symptoms. German researchers compared black cohosh treatment (150 mg per day) compared to placebo in 304 women over a period of 12 weeks. Based on a Menopause Rating Scale, the active treatment was rated as highly significant by the study authors. Indeed, the results were comparable to the effect of Hormone Replacement therapy (HRT).

A similar Italian trial involving 64 women compared black cohosh with low-dose HRT over 3 months. Both treatments significantly reduced the number of hot flashes per day, with a “p” value – which is the measure of how significant a finding is, of <0.001. This number indicates that the probability, “p”, that the result is due to chance is less than 1 in 1,000. Both anxiety (p<0.001) and depression (p<0.001) were also significantly improved by both treatments compared to patient conditions before therapy.